Posted on September 1, 2010 by ancientcloth 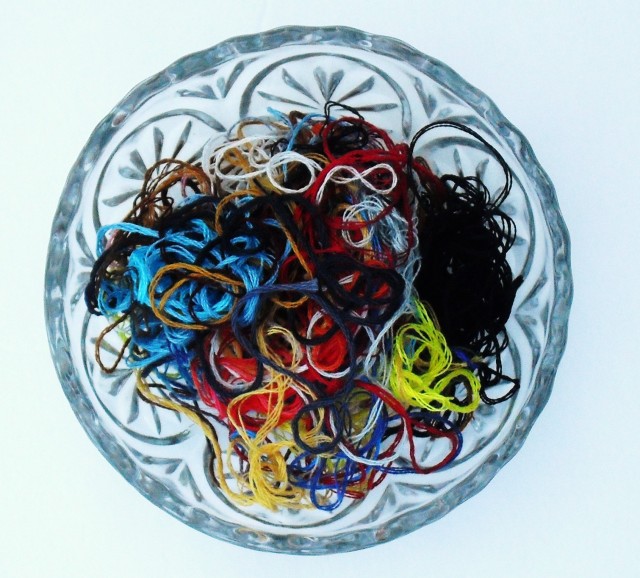 Finally a day off and the children started school today.

all day…that is just me. I know some days it can be a relief

to parents to have a bit of a break. But, it seems before  long

they will be grown and just maybe I am already feeling sentimental….

One thing I want to do is simplify and use what is at hand.

I went as far as the kitchen cabinet…I like it!

These were a gift to me. I just had them stacked on my desk and thought I would share them

with you. I like the “mandala/ labyrinth ” aspect to them. 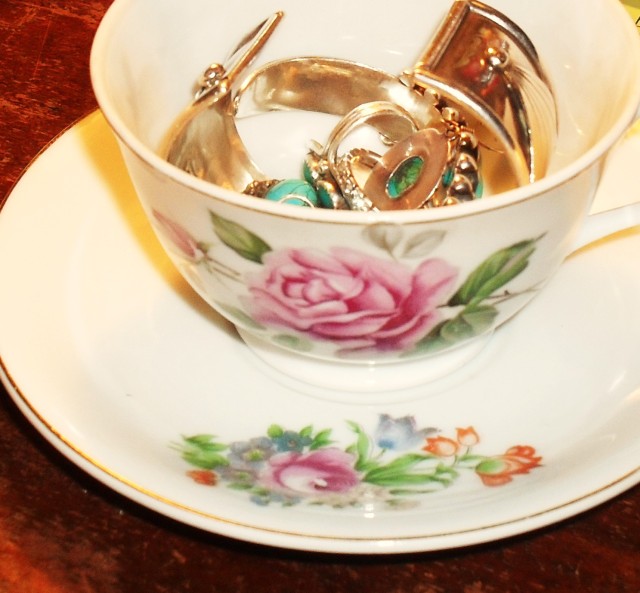 The minute I get home my jewelry comes “flying off” and my desk seemed to be where it would land.

I decided a pretty tea cup and saucer would be a nice jewelry holder. 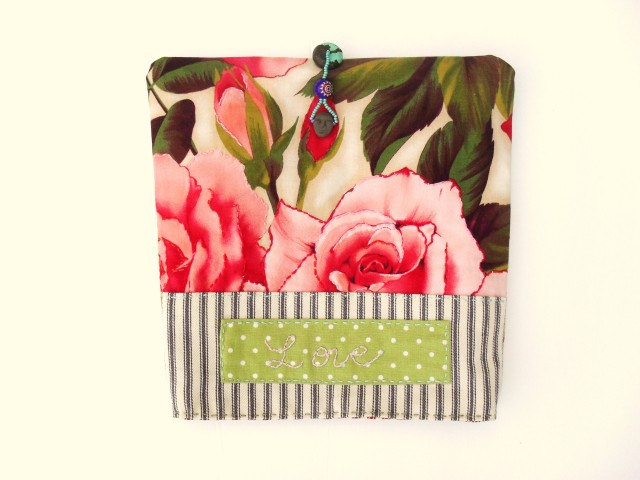 I finally finished this tea cup cozy…long overdue. It will be on it’s merry way to a friend. 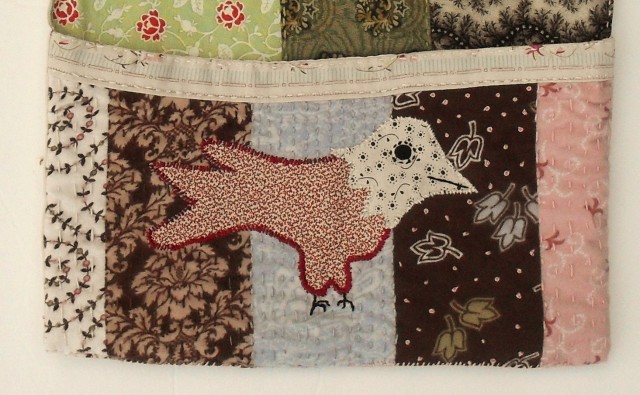 and I finally finished this little gift too…. 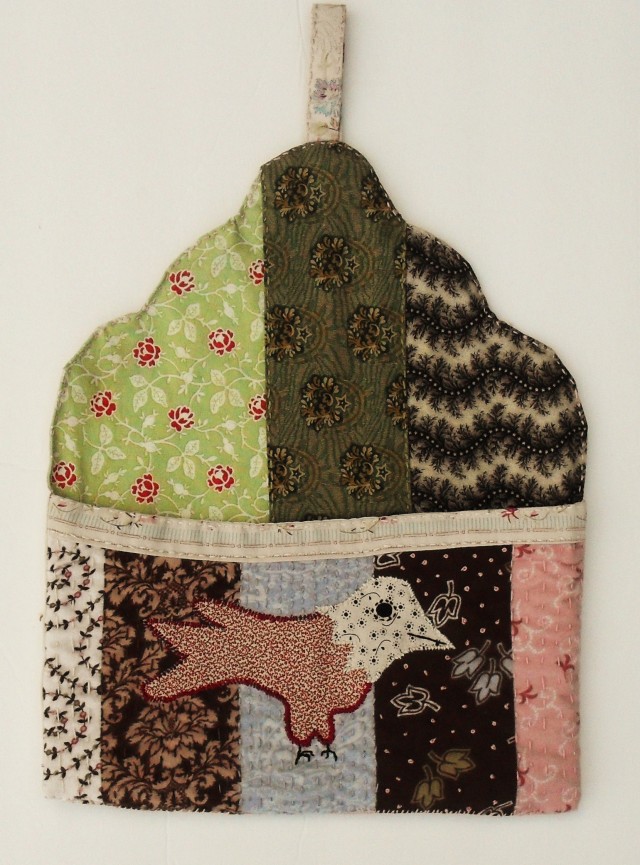 it is a letter holder. 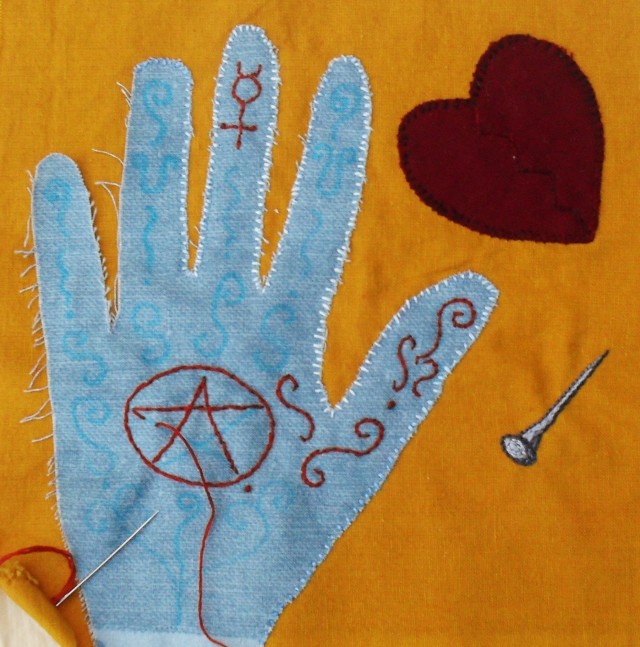 This is something I started a while back and I have been wanting to finish it for quite some time.

life being challenging  when mercury was in retrograde.

What is Mercury Retrograde?:

This happens three to four times per year, when the planet Mercury slows down, and appears to stop and move backward

retrograde. It’s an optical illusion, since there is forward movement, like speeding by a slow-moving train-as it recedes, it appears

The Mercury retrograde dates for 2010 are:

I wanted to put the alchemical symbol for mercury on the

hand. One meaning for the symbol is: 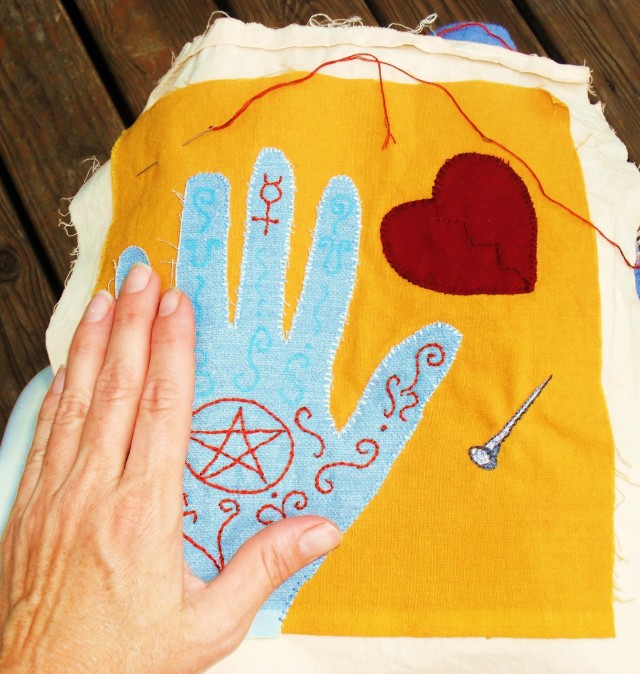 quite a beautiful process. Since I did not have henna to paint with

I decided my embroidery thread would be my paint for the hand. 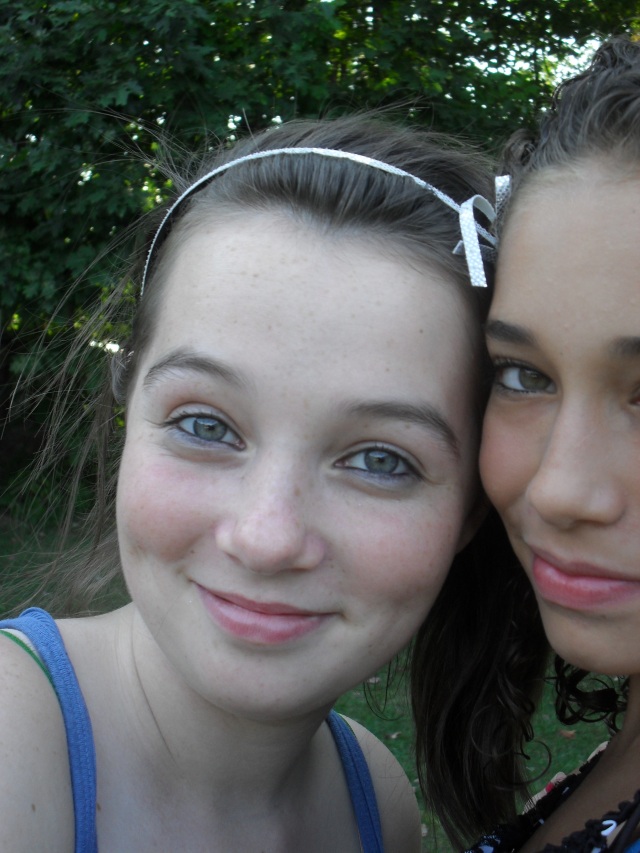 (daughter#2 and friend from slumber  party)

she and her friends had fun….

so it was worth it.